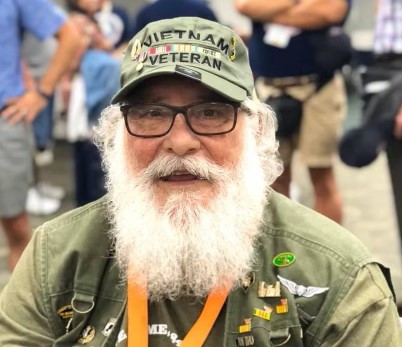 Siler Alvis McCarty, age 74, passed away at his home on Wednesday, October 6th, 2021. Born December 19th, 1946, he proudly served his country during the Vietnam Conflict from 1966-1968 in the United States Army, 19th Psychological Operations Company (PSYOPS). He received the coveted Soldier’s Medal for being one of three soldiers to rescue a fellow soldier from a vehicle that burst into flames.  Siler and the other two quickly extinguished the flames with their bare hands and removed the soldier from the vehicle and almost certain death.

Upon his return stateside, he served as a police officer with the Campbell County Sheriff’s Department and LaFollette Police Department where he eventually attained the rank of 3rd shift Sergeant.  After 13 years on both police forces, he became a rural mail carrier with the U. S. Postal Service, where he retired in 2014 after 36 years of service. He was an active member of the National Rural Letter Carriers’ Association, serving as delegate to many national conventions, and also an active member of the Tennessee Rural Letter Carriers’ Association, serving as state secretary-treasurer.  He was honored to be selected as Tennessee “Rural Carrier of the Year” in 1998.  He loved spending time with his family and being Emma’s “cabana boy” on many photography and nature trips. He was also a hobby farmer and loved to garden. Siler was a member of the First Presbyterian Church of LaFollette.

In lieu of flowers, please make a donation to the American Kidney Foundation, or the charity of your choice.

Due to COVID concerns, there will be no public visitation.  Those who wish, please meet at Walters Funeral Home on Thursday, October 14 at 10:30 a.m. for the procession to the graveside services at the Pleasant Ridge Cemetery at 11 a.m. Rev. Johnny Vanover will be officiating. Military Honors will be conducted by the Campbell County Honor Guard. Online condolences may be made at www.waltersfuneralhome.net.  Walters Funeral Home of LaFollette is honored to be serving the family of Siler Alvis McCarty.

To order memorial trees or send flowers to the family in memory of Siler McCarty, please visit our flower store.