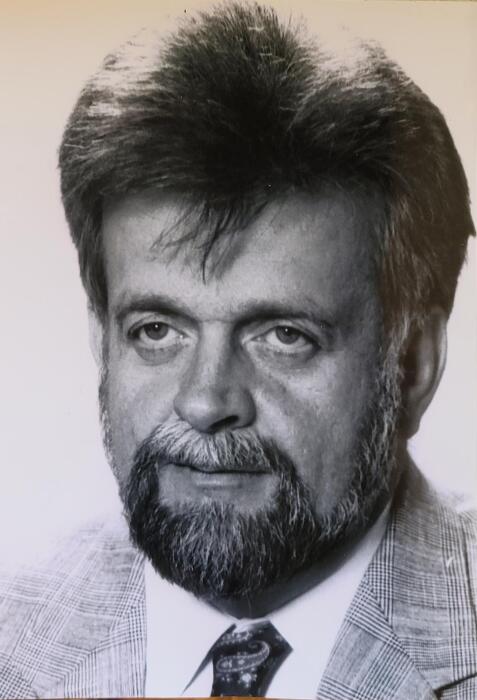 Michael Y. Walters , of Manchester, Kentucky passed away on Tuesday, February 16, 2021, after reaching the age of 77 years.  After months of failing health, he died peacefully at UK Hospital in Lexington, Kentucky.  Michael was born December 17, 1943 in Clay County, Kentucky.  He obtained his Bachelors degree from the University of the Cumberlands, and Masters of Arts from the University of Kentucky.  Mr. Walters spent many years teaching and directing as the Director of Speech and Theatre at the University of the Cumberlands (then Cumberland College). Michael also taught at the Manchester campus of Eastern Kentucky University.  In addition to teaching and directing in academic settings, he also directed many professional outdoor dramas, including many years directing “The Legend of Daniel Boone” in Harrodsburg, Kentucky, “Beyond the Sundown” on the Alabama-Coushatta Reservation in Texas, “Tecumseh!” in Chillicothe, Ohio, and the “Mark Twain Story” in New York.  Michael was also the playwright for “Lincoln,” which was produced in Harrodsburg, Kentucky. He was also the Administrative and Artistic Director for the Nashville Academy Theatre; Executive Vice President of the University of Nebraska – Kearney; Vice President for Advancement of Baker University in Kansas City; Lecturer at the George Washington University Graduate School in Washington, D.C.; Vice President for Advancement at United Theological Seminary in Dayton, Ohio; and Executive Director of Community Counseling Service in New York City.  Michael also had many honors and memberships, including President of the Kentucky Theatre Association, commissioned member of the Kentucky Governor’s Economic Development Council and Kentucky Institute for Aging, and member of Benevolent and Protective Order of Elks, Honorary Pi Kappa Alpha, and Honorable Order of Kentucky Colonels.  Michael is preceded in death by his parents, Francis and Amnie (Young) Walters; grandparents F.R. and Letitia (Newport) Walters, and Lonzo and Amanda (Pigman) Young; and infant brother.

He is survived by his children Andrea Walters (and Allen Freeman) of Williamsburg, KY; Caroline Sikes of Kearney, NE; Colin Walters of Lincoln, NE; Drury Walters of Highland Heights, KY; grandchildren Tyler Banks, Alexandra Freeman, and Brynlee Sikes; sister Miriam (and Michael) Oglesby of Louisville, KY; and a host of cousins, nieces, nephews and other beloved friends and relatives.

Michael touched the lives of so many friends and students, many of whom have stayed in touch with him throughout the years, as well as family.  He will be remembered for his intelligence, humor, kind heart, and larger-than-life presence.  He was loved dearly and will be greatly missed.

Family and Friends will meet Friday, March 19, 2021, 10:30 A.M. at Walters Funeral Home and proceed to Woodlawn Cemetery for an 11:00 A. M. Graveside Service.   Online condolences for Mr. Walters may be made at www.waltersfuneralhome.net.  Walters Funeral Home of LaFollette is honored to be serving the family of Mr. Michael Y. Walters.

To order memorial trees or send flowers to the family in memory of Michael Walters, please visit our flower store.