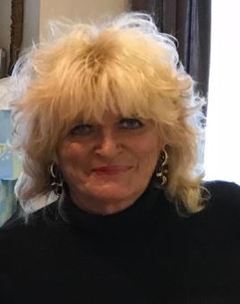 Margaret “Marni” Elizabeth Crutchfield age 63 passed away Sunday, December 30, 2018.  She was born September 6, 1955, in LaFollette to the late Jim Louis and Julia Agree Card Crutchfield.  Marni graduated from LaFollette High School and East Tennessee State University as well as Tennessee Tech University with a degree in Administration.  Marni was a cheerleader sponsor, directed the county tag program, as well as other numerous activities.  One of Marni’s greatest pleasures was socializing with her many friends and family.   She was loving, funny, and the life of the party.  Marni was preceded in death by her Parents.

From Ben:  Lots of times, people don't take the time to let their loved ones know how much they mean to them.  I remember one night for some reason, sitting my Mom down and telling her that in case something were to ever happen to her how much I love her.  Time and time again whenever I would go all day and night without hearing from her or if I called her and she wouldn't answer her phone as soon as I heard her voice I would tell her how much I had worried about her and that I was glad she was alright.  I am so thankful and glad that I had the funniest, coolest Mom anyone could ever have.  We had a good time.

Celebration of Life Service Thursday, January 3, 2019, at LaFollette United Methodist Church with Rev. Dr. Chris Stanfield officiating.  The family will receive friends from 5 to 7 P.M. before services.  Online condolences for Marni may be made at www.waltersfuneralhome.net.  Walters Funeral Home of LaFollette is honored to be serving the family of Margaret “Marni” Elizabeth Crutchfield.

To order memorial trees or send flowers to the family in memory of Margaret "Marni" Elizabeth Crutchfield, please visit our flower store.