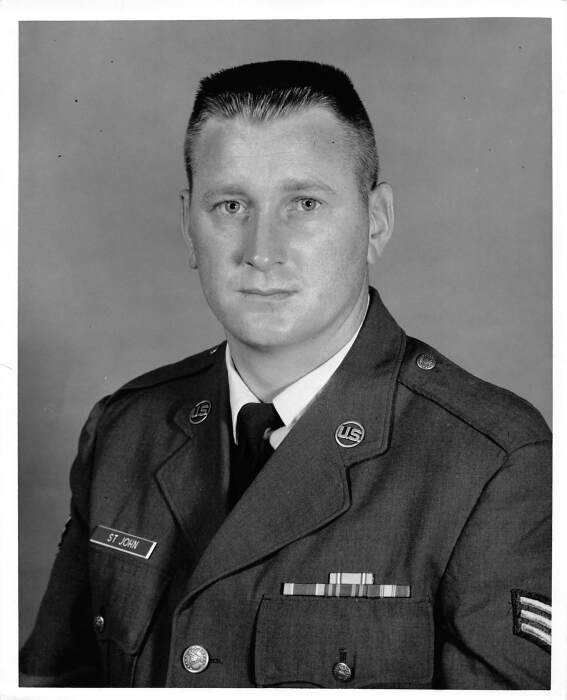 Mr. Howard St. John , age 80, passed away early on Tuesday, January 19, 2021.  Other than his time spent in the service, Howard was a lifelong resident of Campbell County.  He was known as one of the best all-around athletes to have played for LaFollette High School (Class of 1961), earning several accolades in basketball, football, and track.  Howard was a United States Air Force veteran serving from 1961-1969 advancing to Staff Sergeant, Communications Center Supervisor in charge of safeguarding classified information.  He met his wife, Heidi, while stationed in Germany and after leaving the service chose to return to his hometown to raise their children, Karen, Patty, Joey, and Bryan.  Howard served the community as a businessman, member of the Campbell County School Board, Member of LaFollette Utilities Board, Jr. Pro Basketball Coach, served as a Deacon at LaFollette Church of God, and currently attended Hope and Stand Church.

Howard was known for his outgoing personality.  His favorite pastime was finding someone to talk to, and certainly never met a stranger.  In his golden years, he could be found riding around his property on his tractor, working his garden, spending time with the love of his life, Heidi, and seeing his Grandsons, Spenser, Gunner, Trevor, and Gabe.  He especially enjoyed his new-found and long-time friendships with his “buddies” at Katie’s Restaurant.  Preceded in death by Parents, Ernest and Minnie St. John, and Brother, Fred St. John.

Friends and Family may pay their respects on Friday, January 22, 2021, from 11:00 A.M. to 1:00 P.M. at LaFollette Church of God.  Funeral services will begin at 1:00 P.M.  Interment to follow at Sunrise Cemetery (782 Carr Wynn Road, LaFollette, TN 37766) with Military Honors conducted by the Campbell County Honor Guard.  The family requests that in lieu of flowers, contributions be made to the Howard St. John Memorial Scholarship Fund to be used for a Campbell County High School Athlete, c/o Walters Funeral Home, 509 East Central Ave., LaFollette, TN 37766.   It is requested that those in attendance please wear a face covering and practice social distancing suggestions.  The family would like to express their thanks for all of the love and support shown to them from friends, family, and community members during this difficult time.  Online condolences for Mr. St. John may be made at www.waltersfuneralhome.net.  Walters Funeral Home of LaFollette is honored to be serving the family of Howard St. John.

To order memorial trees or send flowers to the family in memory of Howard St. John, please visit our flower store.