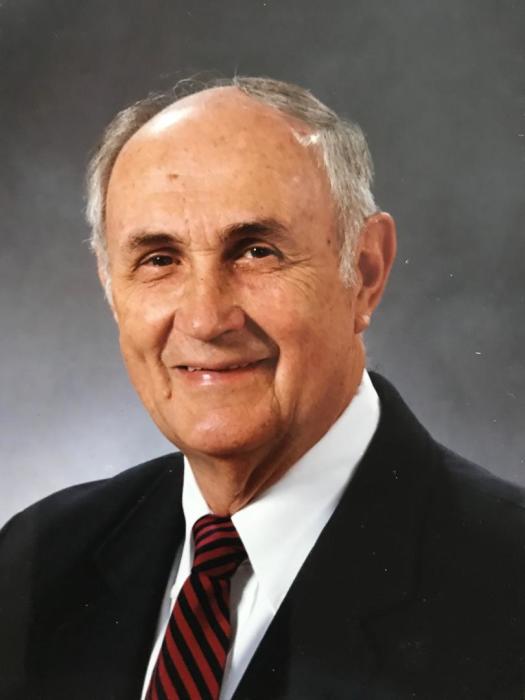 HONORABLE CONRAD E. TROUTMAN, JR. of LaFollette, Tennessee passed away Wednesday, November 27, 2019 at the age of 91. After graduating from LaFollette High School he attended the University of Tennessee where he was a member of the Sigma Chi Fraternity.   Conrad served in the United States Army as 1st Lieutenant during the Korean War and then returned to the University of Tennessee College of Law.  After graduating from law school, he returned to LaFollette and practiced law with his father, and subsequently his brother Andy. Throughout his legal career he served as attorney for the LaFollette Hospital Board during the time the hospital was built.  He was elected Campbell County Attorney, served as attorney for the LaFollette Housing Authority, the Campbell County School Board, and the City of LaFollette.  He was a long time member of the Board of Directors for First National Bank of LaFollette.  In 1974, Conrad was elected Circuit Court Judge for the 8th Judicial District serving Campbell, Scott, Fentress, Claiborne and Union County.  He served 30 years on the bench until his retirement in 2004.  He was selected as the Man of the Year by the South Campbell County Rotary Club in 2003.  He was a longtime member of the LaFollette United Methodist Church where he served in various capacities and on various boards.  He was preceded in death by son, Richard Scott Troutman, his parents, Con E. Troutman, Sr. and Velma D. Troutman, and his brother Andy Troutman.

The family will have a Celebration of Life Service on Monday, December 2, 2019 at 5 p.m. at the LaFollette United Methodist Church.  The family will receive friends in the Fellowship Hall following services.  The family respectfully requests that in lieu of flowers, memorial contributions be made to: Holston United Methodist Home for Children, 404 Holston Drive, Greeneville, TN  37743.   Online condolences for Judge Troutman made at waltersfuneralhome.net. Walters Funeral Home his honored to be serving the family of CONRAD E. TROUTMAN, JR.

To order memorial trees or send flowers to the family in memory of Honorable Conrad E. Troutman, Jr., please visit our flower store.