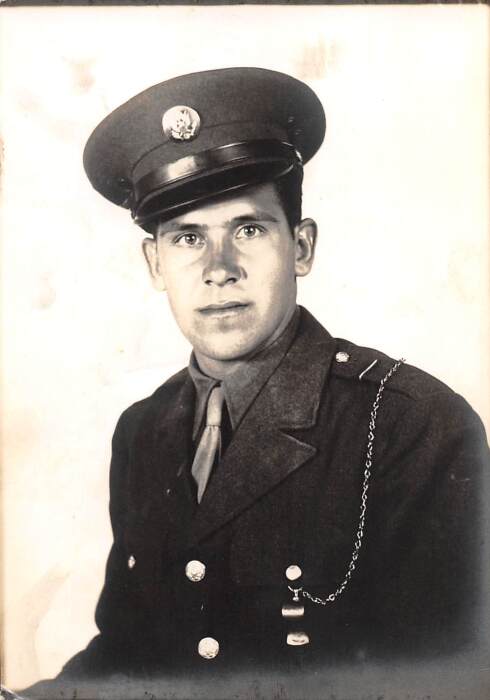 Mr. George Archie “G.A.” Boshears , age 97, of Jacksboro, passed away Sunday, January 3. 2021.  He grew up on the family farm working hard to support his widowed mother, brother and sister during the Great Depression and World War ll (also known as the Greatest Generation).  His memory of both past and present events was excellent and one of the last few remaining Historians in the community.  His knowledge of genealogy, property owners, and transfers was helpful to many people. He enjoyed working crossword puzzles and reading the newspaper. George was drafted into the U.S. Army during World War II and served at several military bases around the World. He earned the rank of Corporal and was awarded the World War II Victory Medal, Good Conduct Medal AR 600-6S, and the European-African-Middle Eastern Service Medal with 3 Bronze Stars. Preceded in death by his parents; Anna Pearl Sexton Boshears and Calvin Boshears; brother Thurston Lenore Boshears, Sr.; and brother-in-law Gilbert Patty.

A Funeral Service will be held on Friday, January 8, 2021, 2:00 P.M. at the Family Home, 675 Island Ford Rd., Jacksboro, TN 37757 with Rev. David Hicks officiating and Military Honors conducted by the Campbell County Honor Guard.  Boshears.  Interment to follow at Queener Cemetery.  The family will receive friends from 12:30 to 2:00 P.M. Friday before services at home.  Online condolences for Mr. Boshears may be made at www.waltersfuneralhome.net.  Walters Funeral Home of LaFollette is honored to be serving the family of Mr. George Archie “G.A.” Boshears.

To order memorial trees or send flowers to the family in memory of George Boshears, please visit our flower store.