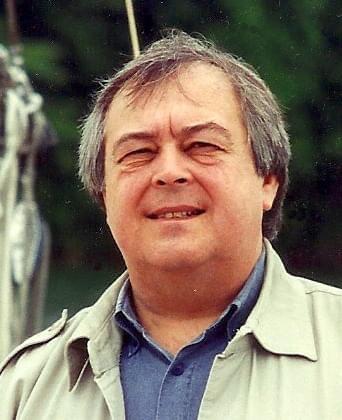 Mr. Dewey Whitley Lambdin, II formerly of LaFollette passed away Monday July 26, 2021, at the age of 76.  Dewey was born January 26, 1945 to the late Dewey and Edda Lambdin. He is survived by a host a family and friends.

Dewey graduated from the Military Academy at Castle Heights in 1962. He continued his education and graduated from Montana State University in 1969 with a degree in Film and Television Production. Post graduation, he worked for 12 years as a producer/director for a network affiliate television station. At the time of his death, Dewey lived in Nashville, Tennessee where he spent most of his time writing books based on Alan Lewrie’s naval adventures spanning the American Revolution and Napoleon Wars.  The Alan Lewrie series written by Dewey consists of 25 books, which were released between the years of 1989 to 2021. He was currently working on his 26th book, set to be published in 2022.  All these years in his writing career, Dewey has been writing with the help of his beloved typewriter, thus resisting his temptation for a computer. Dewey was a very talented published author and he will be deeply missed by all that knew him, loved him, and enjoyed his books.

Family and friends will gather for a Graveside Service on Tuesday, August 3, 2021, 10:00 at Woodlawn Cemetery in LaFollette, TN.  Online condolences for Mr. Lambdin may be made at www.waltersfuneralhome.net.  Walters Funeral Home of LaFollette is honored to be serving the family of Mr. Dewey Whitley Lambdin, II.

To order memorial trees or send flowers to the family in memory of Dewey Lambdin, II, please visit our flower store.