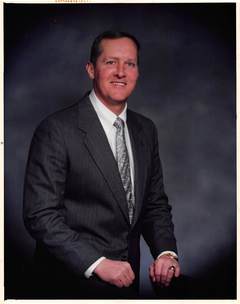 Mr. Charles “Harry” Fuller , age 74 of LaFollette went to his eternal home after a courageous battle of melanoma cancer on April 2, 2019.  He was born January 15, 1945, in Atlanta, GA.  Preceding him in death were his parents, Charlie and Virginia Fuller, and our precious son, Charles (Chuck) Fuller.  Harry attended Cedar Hill Baptist Church.  He retired after 32 years of service with Southern Company Services in Atlanta, then moved to Tennessee and became a “farmer”.

He is survived by his wife of 55 years, Sandra Spangler Fuller.  Several cousins, other relatives and friends.

The family will receive friends Friday, April 5, 2019, from 5 to 6 P.M. at Walters Funeral Home Chapel with Funeral Services to follow at 6 P.M. with Rev. Ronnie Arnold officiating.  In lieu of flowers, donations may be made to The Campbell County Children’s Center, 203 Independence Lane, LaFollette, TN  37766 or Cedar Hill Baptist Church Deacon Benevolence Fund, 636 Demory Road, LaFollette, TN  37766.  Online condolences for Mr. Fuller may be made at www.waltersunferalhome.net.  Walters Funeral Home of LaFollette is honored to be serving the family of Mr. Charles “Harry” Fuller.

To order memorial trees or send flowers to the family in memory of Charles "Harry" Fuller, please visit our flower store.