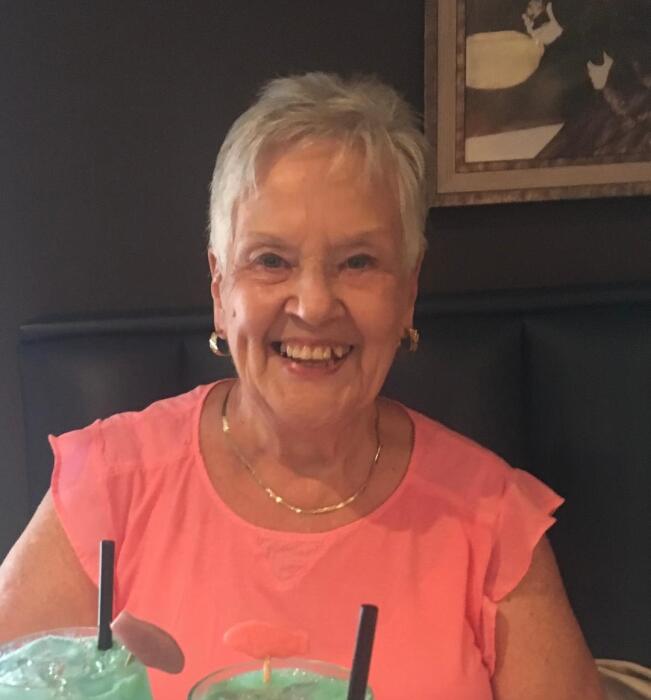 Bettie was a bright spark in this world and will be deeply missed by many. She was a warm, friendly, and loving person who was generous with her time and friendship.  Her love of life spilled over into all that she did. She passed on January 31, 2022, holding the hand of her daughter, Kate.

Bettie was born in Hindman, Kentucky on August 4, 1945, to Kelly and Prudy (Rice) Fields but also called other states home. After graduating from Kentucky Wesleyan College, she moved to North Dakota, where she began her career with the Bureau of Indian Affairs on the Turtle Mountain Indian Reservation and met her future husband, Lyle Wilkie. When their daughter was born, they moved several times to accommodate their professions, landing in Cheyenne, Wyoming. It was there that she met life-long friend, Patricia Walker.

Never hesitating to throw herself into passion projects, Bettie was a kind soul. She particularly enjoyed supporting veterans, spending a great part of her career with the Veterans Administration in Cheyenne. When Bettie lost Lyle, she moved to Knoxville, Tennessee in 1999.

After moving to Knoxville, Bettie managed the John T. O’Connor Senior Center for over ten years, designing and facilitating low-cost or free programs dedicated to learning, self-awareness, and recreation for their participants.

Traveling extensively, Bettie was passionate about exploring the world. She often referred to trips to South Africa, Italy, and Ireland as her favorites. Bettie was also a zealous fan of The University of Kentucky Wildcats basketball team and delighted in trekking to watch them battle. More often than not, Bettie could be heard shouting “Go Cats!” Bettie’s last trip was to Las Vegas in December to watch her much-loved Wildcats win in the CBS Sports Classic Tournament.

In addition to her surviving relatives, Bettie leaves countless friends that she considered family - Rob and Laurie MacDonald, Don and Jess MacDonald, Chris and Megan Long, and daughter, Shailee. Her beloved dog, Wojo, will miss her companionship terribly.

Bettie was an ardent fan of independent and upcoming songwriters and spent many evenings enjoying live music with her daughter in Nashville, Gatlinburg, and Key West. Musician John Lennon’s words are a perfect testament to Bettie’s life -

“Count your age by friends, not years. Count your life by smiles, not tears.”

Walters Funeral Home of LaFollette, TN is honored to be serving the family of Bettie Sue Fields Wilkie.

To order memorial trees or send flowers to the family in memory of Bettie Wilkie, please visit our flower store.